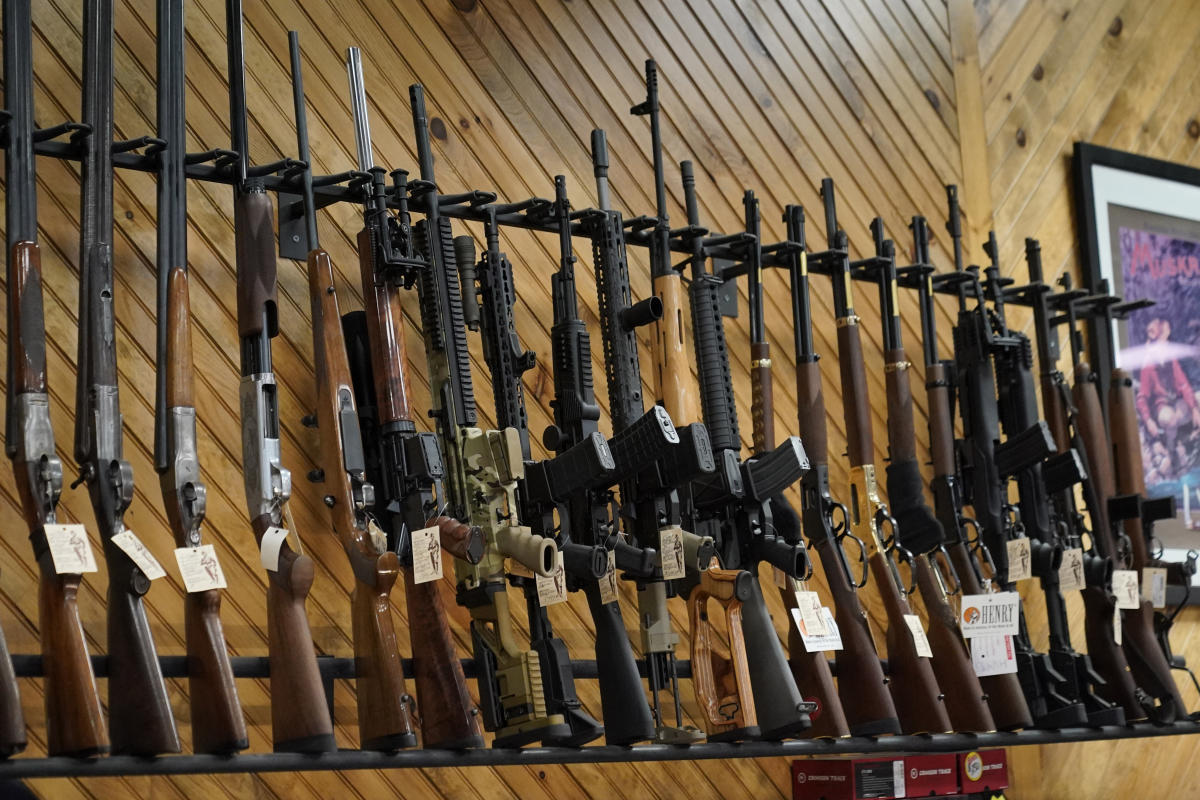 CHICAGO (AP) – A majority of American adults think gun violence is on the rise across the country and want gun laws tightened, according to new research that finds broad public support for a variety of restrictions to guns, including many that are supported by most Republicans and gun owners.

The poll was conducted between July 28 and August 1, following a series of mass shootings — from a New York grocery store to a Texas school to a July 4th parade in Illinois — and a 2020 spike in murders with weapons that increased attention to the issue of gun violence. Overall, 8 in 10 Americans perceive gun violence to be on the rise across the country, and about two-thirds say it is on the rise in their state, although less than half believe it is on the rise in their community, the survey shows.

The question of how to prevent such violence has long divided politicians and many voters, making it difficult to change gun laws. In June, a conservative majority on the Supreme Court expanded gun rights, finding a constitutional right to carry firearms in public for self-defense.

Later that same month, President Joe Biden signed a bipartisan gun safety law. The package, passed after shootings like the one that killed 19 children and two teachers in Uvalde, Texas, was a measured compromise and the most significant gun violence bill to pass Congress in decades — an indication of how intractable the issue has become. became.

The poll found that 71% of Americans say gun laws should be stricter, including about half of Republicans, the vast majority of Democrats, and the majority of those in gun-owning households.

Nicole Whitelaw, 29, is a Democrat and gun owner who grew up hunting and shooting in upstate New York with her strongly Republican family. Whitelaw, who now lives along Florida’s Gulf Coast, supports some gun restrictions, such as a ban on people convicted of domestic violence from owning firearms and a federal law preventing mentally ill people from buying guns.

She said other restrictions – such as a ban on sales of AR-15 rifles – are “going too far” and may not solve the problem. Whitelaw pointed to the early days of the COVID-19 pandemic, when many people bought all the toilet paper they could find.

“I think people would start trying to accumulate weapons,” she said, adding that a better approach is to make smaller changes and see the impact they have.

The poll shows that a bipartisan majority of Americans support a national background check policy for all gun sales, a law that bars mentally ill people from buying guns by allowing courts to temporarily stop people deemed dangerous to themselves or others. from buying a gun, making 21 the minimum age to buy a gun nationwide and banning those convicted of domestic violence from buying a gun.

A smaller majority of Americans – 59% – are in favor of banning the sale of AR-15 rifles and similar semi-automatic weapons, with Democrats more likely to support this policy than Republicans, 83% versus 35%.

Chris Boylan, 47, of Indianapolis, opposes gun restrictions. As a teacher for many years, Boylan said he has “buried more children than I care to count” and believes gun violence is a big problem. But the Republican, who said he leans more libertarian in his personal stances, believes the issue is more about mental health and a very lenient criminal justice system.

“Blame the gun is an oversimplification of what the issues really are,” Boylan said. “It’s not the weapon. It’s a matter of hearts and minds for me.”

The new poll shows that 88% of Americans consider the prevention of mass shootings extremely or very important, and nearly as many say so about reducing gun violence in general. But 60% also say it is very important to ensure that people can own weapons for personal protection.

Overall, 52% of Americans – including 65% of Republicans and 39% of Democrats – say reducing mass shootings and protecting the right to own guns for personal protection are highly important.

University of Chicago professor Jens Ludwig said the survey’s findings show that concerns raised by opponents of gun restrictions are “very unfounded”. Led by the National Rifle Association, the gun lobby argues that any new limitations on who can own a gun or what kind of firearms can be sold will lead to nationwide bans on all guns and ammunition.

The poll showed that the views of most Americans are more nuanced, and there is support for some changes even among Republicans, who as elected officials typically oppose gun control, said Ludwig, who is also director of the University of Cambridge’s Crime Lab. Chicago.

“That should close the door on some of the ‘slippery slope’ arguments,” he said.

The poll also found that only about 3 in 10 Americans support a law that allows people to carry guns in public without permission. Seventy-eight percent of Democrats are opposed. Among Republicans, 47% are in favor and 39% are against.

Ervin Leach, 66, who lives in Troutman, North Carolina, just north of Charlotte, believes gun violence is a big problem and says the laws should be much stricter. A Democrat, Leach said he supported measures like background checks – or what he said should be “in-depth studies” – and a minimum age of 21 to buy a gun.

Leach, who is black, said the gun violence he sees in the news has made him more cautious.

“I don’t like people approaching me,” he said. “Before, if someone was on the side of the road, you would stop to help. Now, you are going to help someone, you could lose your life.”

All the murders led Leach to consider buying a gun for his own protection. Although he still hasn’t had a chance to get his gun license, he said, “That’s my intention.”

The survey of 1,373 adults was conducted from July 28 to August. 1 using a sample drawn from the NORC probability-based AmeriSpeak Panel, which was designed to be representative of the US population. The margin of sampling error for all respondents is plus or minus 3.8 percentage points. 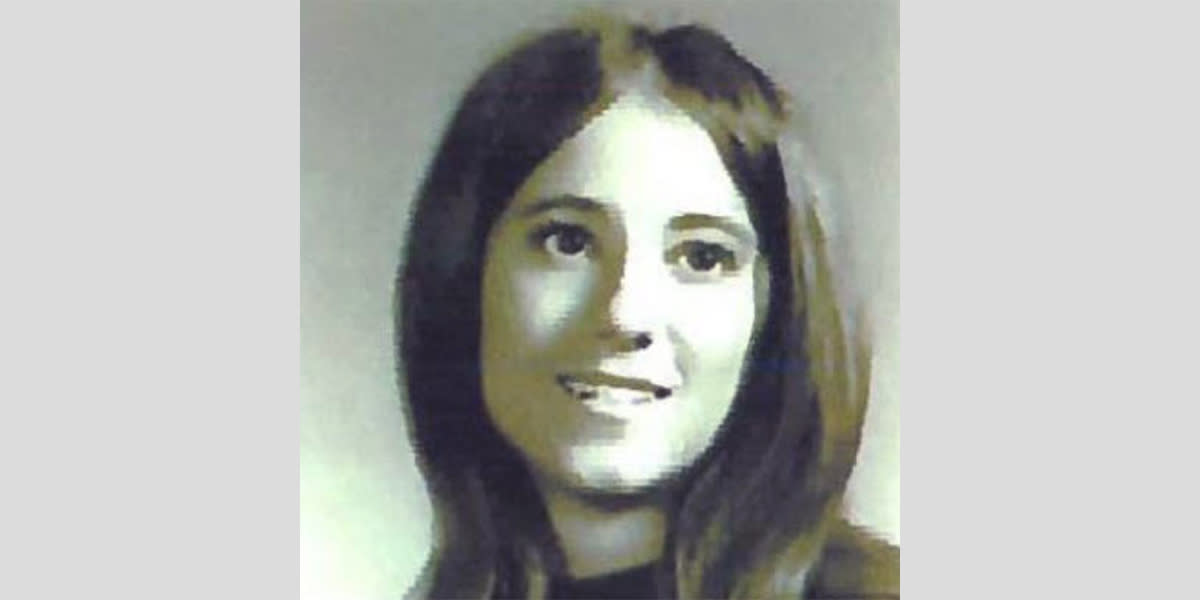 50 years later, Nevada man is accused of stabbing a woman in Hawaii