The resilience of the people of eastern Kentucky in the face of catastrophic flooding, as well as the keys to leadership, were two themes that Kentuckian Kelly Craft, former US ambassador to the United Nations, spoke to recently to an audience at Henderson.

Craft, a Lexington native who grew up in Glasgow and was appointed by President Donald Trump as an ambassador to the UN from 2019 to 2021, spoke to the Henderson Leadership Initiative class and invited guests to the Preston Arts Center on Aug.

“This is the thing I found in eastern Kentucky – we try to go every week (since severe storms in late July turned streams and rivers into raging walls of destructive power) – it’s people’s resilience,” Craft said when interviewed. on stage by the CEO of Gibbs Die Casting Corp. Greg Risch, graduated in 2007 from HLI. “Some of these people have lost everything but are willing to help others.”

She said there have been calls from some for residents of eastern Kentucky to leave the mountain hollows and river valleys that people in Appalachia have occupied for centuries. But Craft – whose husband, coal magnate Joe Craft, is from Hazard in that region – is opposed to such suggestions.

“This is their generational land,” she declared.

The floods demolished homes and businesses, washed away vehicles – even fire trucks – and killed 39 people. But, she said, “They didn’t want to let go of their story. Great-grandmother gave them that land or grandfather just lived in that house.”

The Crafts partnered with the University of Kentucky’s basketball program for a televised Rupp Arena marathon on Aug. 2 to raise money for American Red Cross aid in the region. The Lexington Herald-Leader reported that the telethon raised $1.4 million in three hours, with Crafts contributing $1 million, followed by $350,000 pledged by former British great Anthony Davis.

“Big Blue Nation, they came, they left,” said Kelly Craft. “When we brought in young athletes (to take care of the phones), people were motivated to call.”

Risch later asked Craft when she first became aware of the concept of leadership.

“I was always drawn to people who made a difference in the lives of others,” she said.

Craft remembered two people in particular: her childhood Sunday school teacher and her father, who she described as “a vet and country farmer” who worked in Barren County.

“My father was such a generous person,” she said.

His father used to be called upon to tend a farmer’s cattle; sometimes, when the farmer was waiting for the results of a test or a treatment to take effect, Craft’s father would invite the farmer to his house for dinner.

“My brother and I always had to give up our seats to our guests” at the dinner table, Craft said.

She urged HLI class members – particularly young adults who are emerging as community leaders – to be aspirational.

“Always remember that you haven’t reached your full potential,” said Craft. “None of us have. I know not.”

The key, she said, is to focus on what’s important.

“Never compare yourself to your girlfriend,” she told the HLI class of 2022, which is mostly female. “I asked if you helped more today than yesterday. Leadership is about character.”

Craft became the first woman named US Ambassador to Canada in 2017.

“When President Trump first called me, I said, ‘Are you sure you’re not talking about my husband?’” she said.

Others had similar thoughts.

“The second or third week I was in Ottawa, I had dinner with a king and queen,” Craft said. “They kept referring to my husband as an ambassador. I would just smile”, although she added: “I would (wouldn’t want) my successor to have the same (experience)”.

Still, she said her time in Ottawa as an ambassador to Canada and later to the United Nations provided her with remarkable opportunities.

“I met warlords and kings,” Craft said. “I met women who walked six hours from their village to meet me.”

She described what she called their “bottom-up” approach to taking on a leadership role.

“The first week (in Ottawa), I had the janitors (who worked at the US embassy there) for lunch,” Craft said. “They thought they were going to be fired. I had a delightful conversation with them and (afterward) I have never had such a clean office in my life.

“I met with the Marines who protected me,” she continued. “I ate pizza with them every week. People want to be led by a person who has reached them.”

When she began her work with the United Nations, “(Former President) George W. Bush told me to meet with the small countries first,” Craft said. “I met with officials from Niger, Uganda and Kenya who never received a call from the (US) ambassador (to the UN).”

She said it paid dividends later when a US-backed plan to resolve Turkey-Syria border tensions reached the UN Security Council and the plan received crucial favorable votes from three non-permanent members of the Africa council.

Craft spoke of the need to support women and set good examples.

“Show your children and grandchildren how to treat women,” he advised. “Teach boys to treat girls on playgrounds. Set that example for your children.”

As for emerging leaders, she advised, “Have empathy and sympathy, develop your listening skills, and always be on the lookout for knowledge.”

“You want people around you who are smarter than you, but also people who will challenge you,” Craft said.

“Leadership is something that evolves into the smallest things you do every day,” she said.

As for her, Craft said, “I focus on being graceful but strong.” 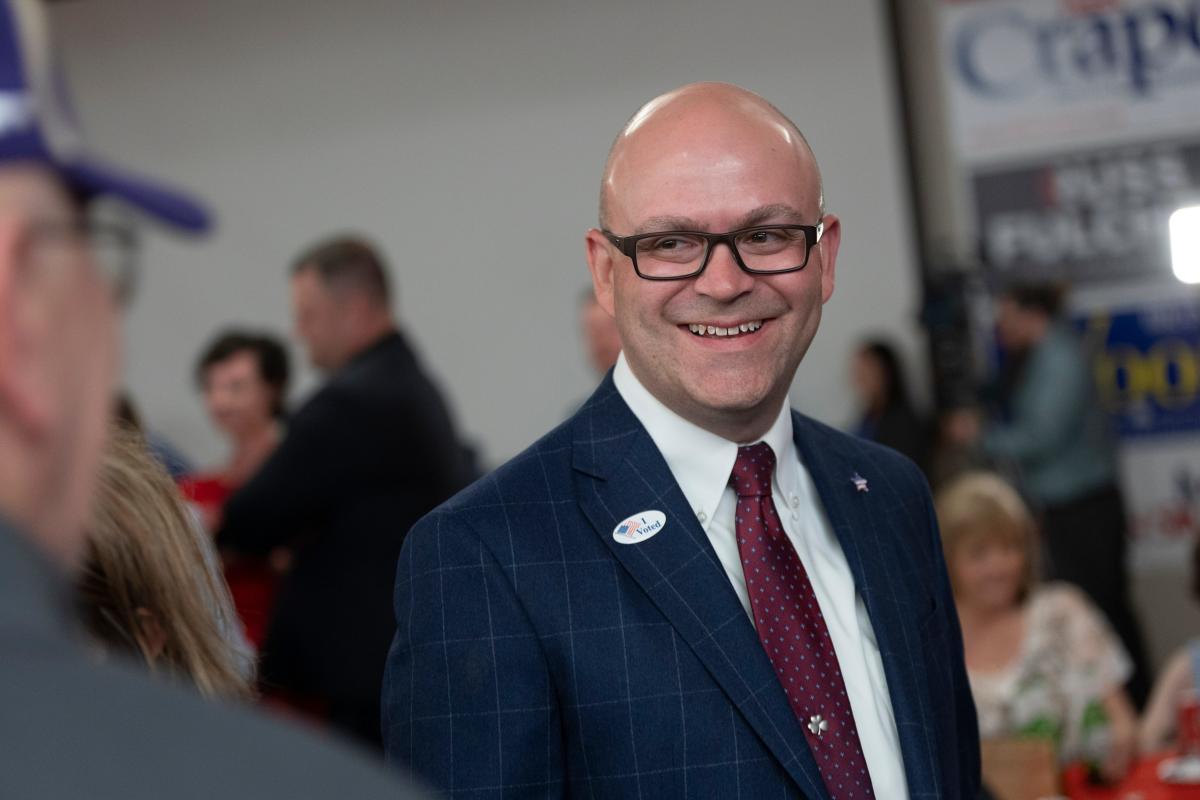 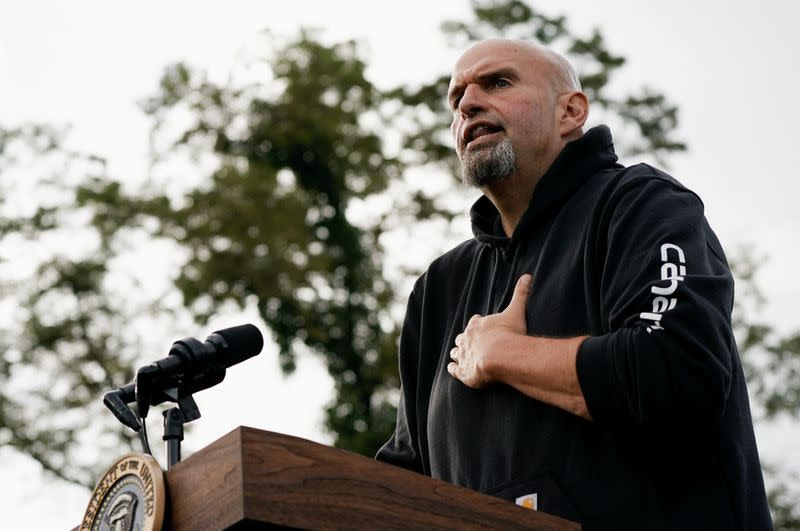 Hopeful in US Senate, Fetterman aims to quell health fears at rally in Pennsylvania 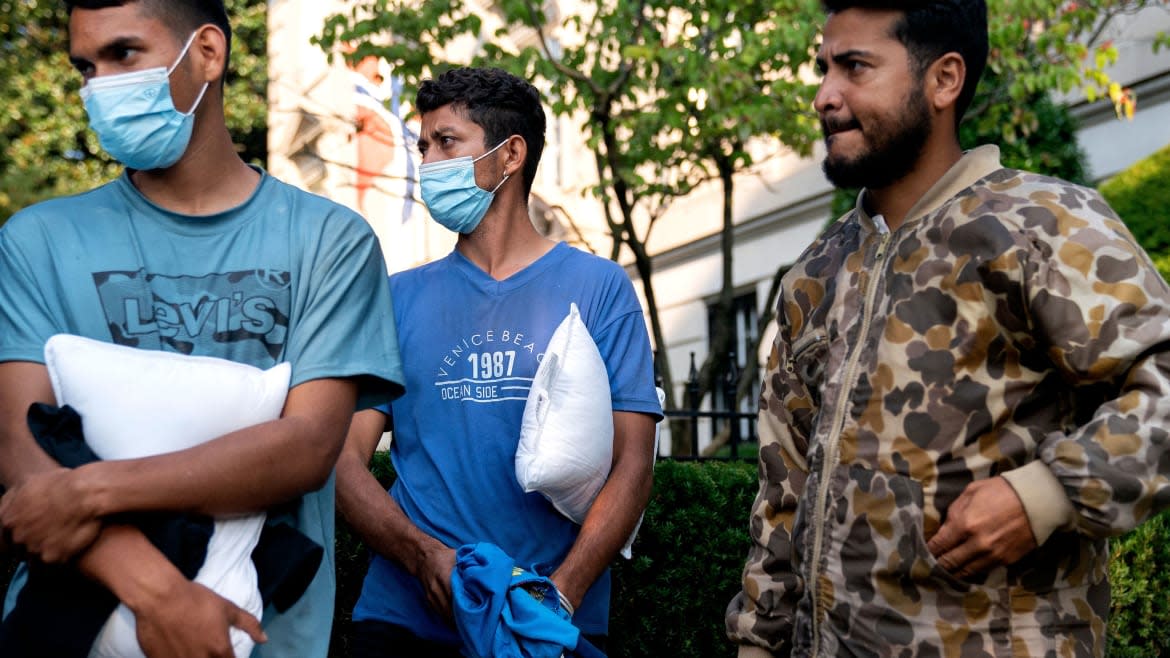 What Liberals Don’t Want to Admit About Migrant Flows