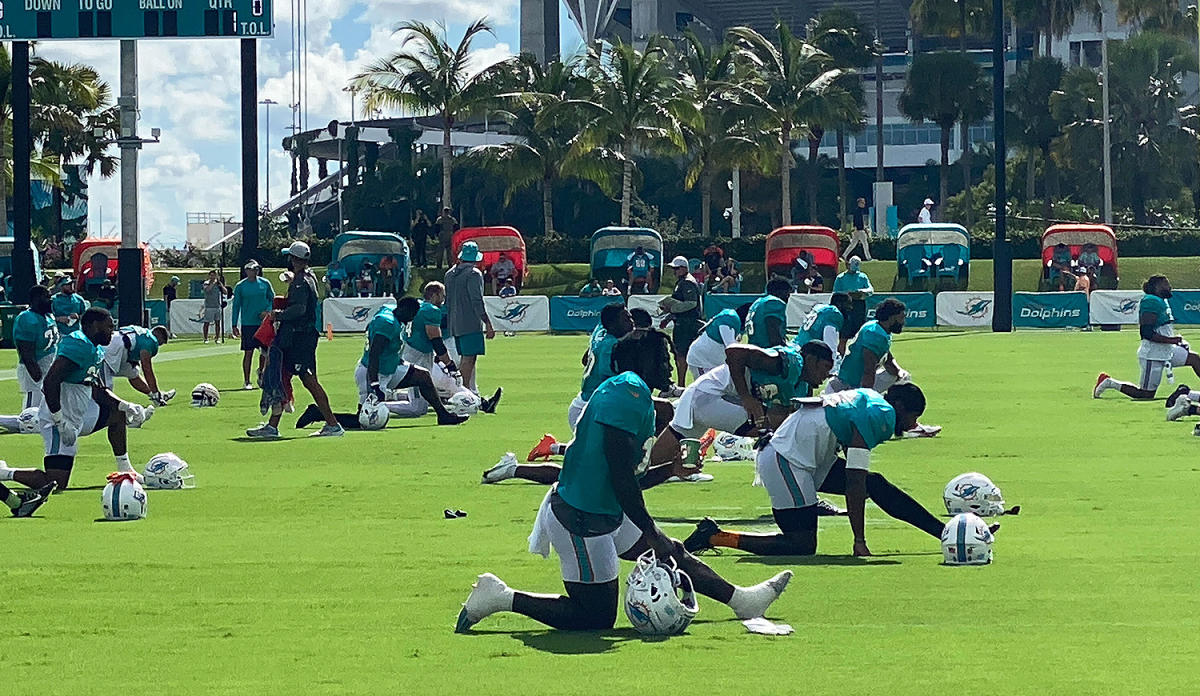 MIAMI GARDENS, Florida — It was hot in Cleveland. But Cleveland has nothing in Miami.

The only way to describe the heat and humidity on Wednesday: soup.

The Eagles did a good job against the Dolphins at their beautiful facility in Miami Gardens.

Overall, it was the toughest competition the Eagles had in their joint practice under Nick Sirianni. If you were picking a winner from this practice, tip the Dolphins with a hat. But it’s not about winners and losers, it’s about getting better. And the Eagles can learn from some of what happened on Wednesday.

1. As always, some cleaning items:

• James Bradberry (groin) returned to limited training on Wednesday. He only did individual exercises.

• Jobe, Anderson and Scott are new additions to the injury report. All three had good training camps.

More: Bradberry back in practice, still no sign of Sanders as Eagles visit Dolphins

• Darius Slay did not finish training. More on that in a moment.

two. Overall, it was a rough day for the Eagles. On offense, Jalen Hurts didn’t have his best day and offense felt disjointed at times. They also had to deal with a lot of pressure from the Dolphins defense. On defense, Tua Tagovailoa was taking the ball quickly and the Dolphins were hitting the eagles with some rhythm in the summer sun that got them into trouble.

3. In the first 1-on-1 replay of the day, Tyreek Hill set Slay on fire on the right sideline. Slay stopped with a limp after the repeat. But Slay came back for another 1-on-1 replay against Hill. While Hill defeated him again, he used an unrealistic triple move to open and Slay had tight cover.

All day, though, the Eagles struggled to stay with Hill, who is a terror to cover. During 11-11, Slay finally jumped a lane and almost had a choice, but the ball floated through Slay’s arms and Hill still caught it. It was one of those days.

Eventually, Slay was pulled from practice, presumably because of the injury he sustained earlier in the day. So at the end of the session, the Eagles’ two best outside cornerbacks were Zech McPhearson and Kary Vincent Jr.

4. There was a little confusion between the Eagles’ offense and the Dolphins’ defense. It happened when Landon Dickerson knocked Jaelan Phillips down in a Boston Scott race. Phillips retaliated and then Jordan Mailata objected to that retaliation. Mailata (6-8, 365) plays the role of protector very well.

When asked about the fight after practice, receiver Quez Watkins smiled and said, “It was hot outside.”

5. Hurts didn’t have his best day. One of his deep balls to DeVonta Smith was fouled, but Smith made a great play to come back and jump over the Dolphins CB Nik Needham for a very difficult catch. Needham was flagged for DPI, but Smith still went down with the ball.

6. Big day for Zach Pascal. Gardner Minshew had a strong exit and kept hitting Pascal. His best connection came in a deep ball on the left side. It might have been a bad cover, but Pascal was free. Minshew saw the blitz and threw a perfectly timed ball from his back foot.

7. Haason Reddick has really been shining these past few weeks now that he doesn’t have to face Lane Johnson every day. Reddick had a bag on the edge and another on his belly. Jonathan Gannon sent Reddick up and Reddick ran over running back Salvon Ahmed on his way to the quarterback. Ahmed tried to tackle Reddick, got called up for holding and still didn’t slow him down.

8. The second team’s pass rusher duo, Tarron Jackson and Kyron Johnson, had some strength. This was the best performance of training camp for Johnson, the Kansas rookie. He had a lot of pressure on one play and Jackson cleaned up with the “bag” of Teddy Bridgewater.

9. Rookie tight end Grant Calcaterra had consecutive receptions for 11 to 11 for Minshew. The second was an impressive bouncing grip. Calcaterra is working to catch up after missing a lot of time with a hamstring injury.

While the catches are great, it’s not the area where he most needs to catch up.

“I think with anything, most guys who are playing tight end in the NFL, it’s that in-line block,” said offensive coordinator Shane Steichen. “We want to see that from him this week. See where he is with this. Feel good about it. But we have to see. Feel very good about your reception skills, running routes. He proved it early on in the camp. But it will be good to bring him back there.”

Some other TE notes: Dallas Goedert had a bad takedown in midfield but made up for it with a few catches later. Jack Stoll caught a pass and fumbled on his own. Luckily, he crossed the line.

10. Some notes from 1-on-1s between Eagles DL and Dolphins OL:

• Prior to Wednesday’s real clash, there was an exchange of words between two players in this exercise. Second year TD Marlon Tuipulotu slipped on his first rep but then lined up again and used that anger to overpower OL Robert Jones, who ended up pushing him after the whistle.

• In Jordan Davis’s first replay against Connor Williams, he got a good push. But in the second, Williams was better. And then, on Davis’s third rep, he was paralyzed. Rare to see this but it was hot and on the third rep he could have been gassed.

Stupid note of the day: The NFL required all outfielders to wear those Guardian Caps for the first two games of the preseason. As of now, they are optional in the boot camp. Two of the Eagles who still use them are Derek Barnett and Patrick Johnson. These are the two players who got into fights with Andre Dillard after headbutting him at the start of camp. They could use the extra padding. 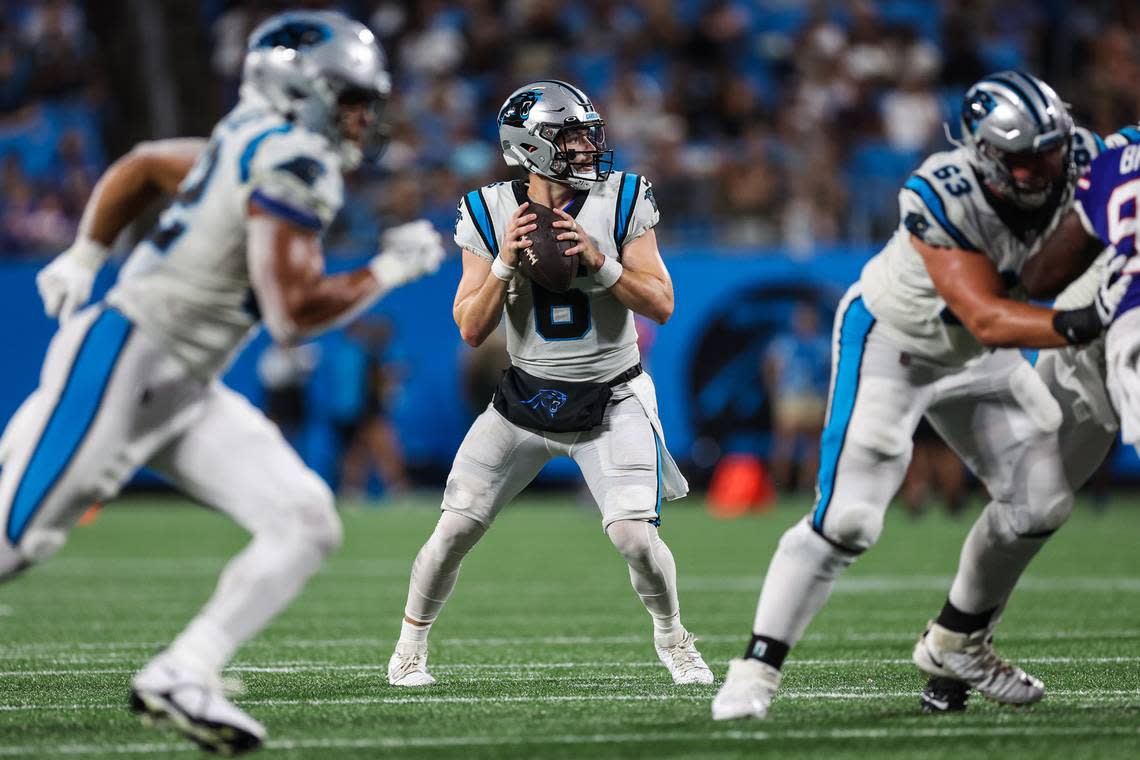 With Panthers-Browns Finally Imminent, Here’s What to Expect in the NFL’s Week 1 Showdown 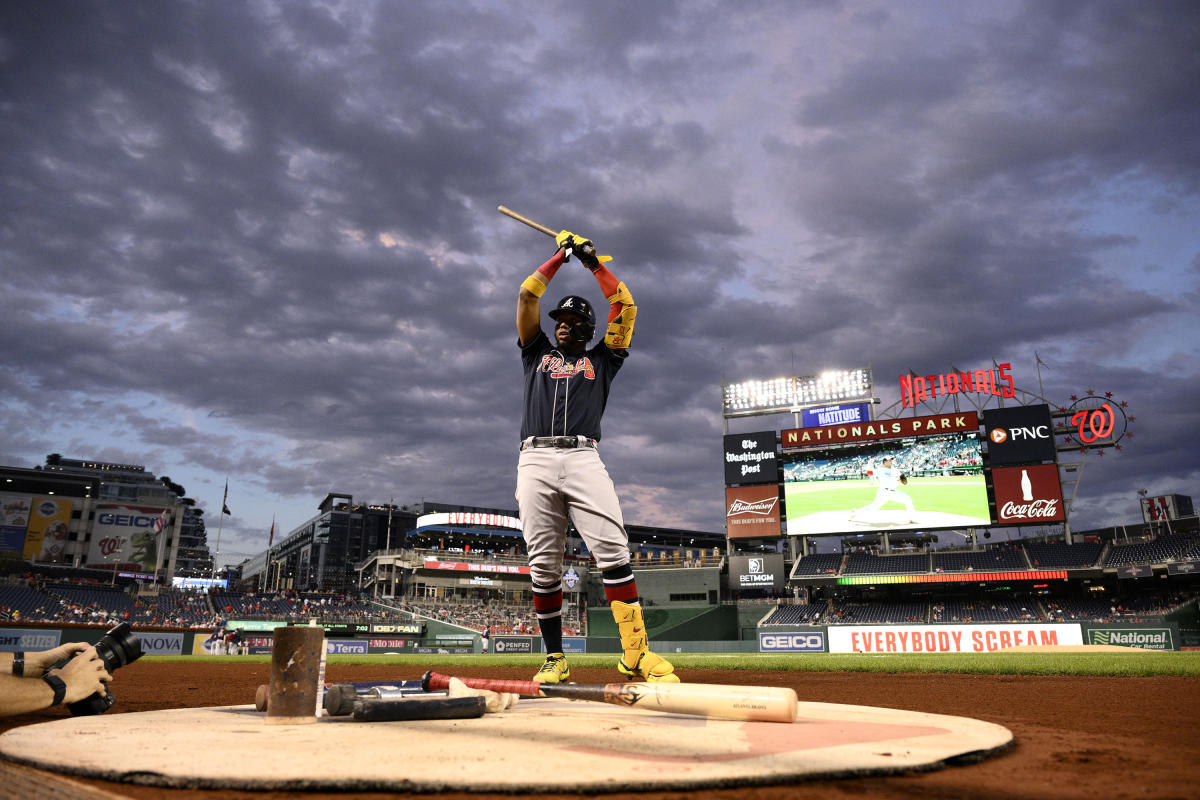 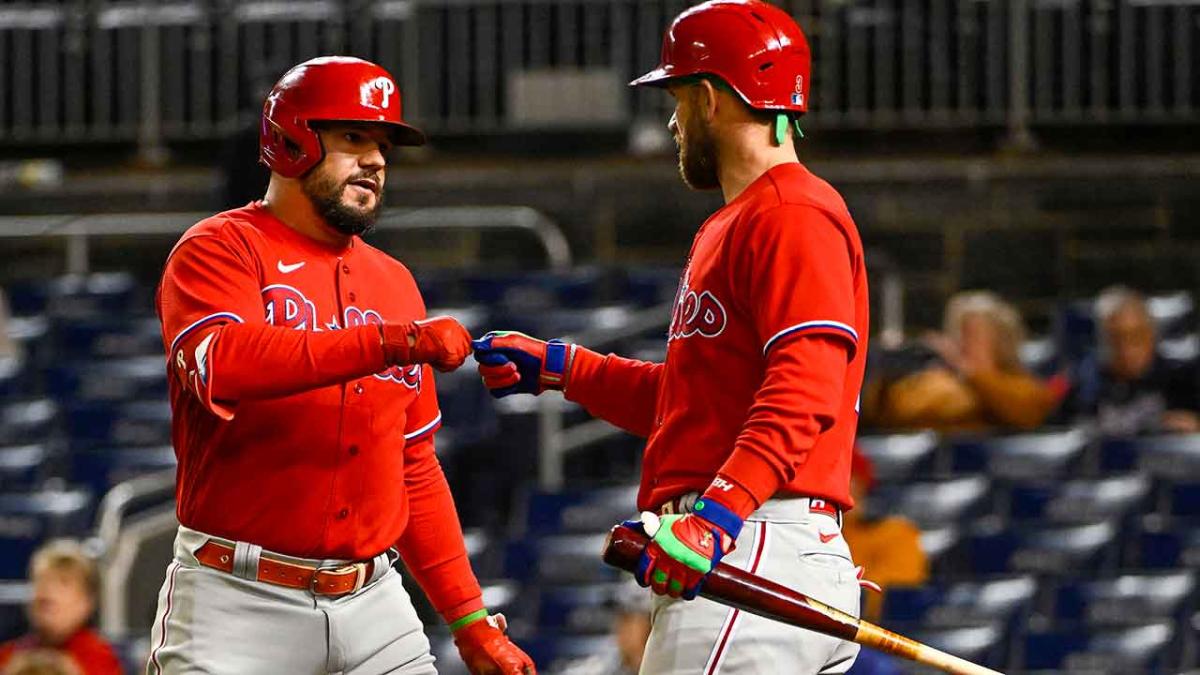