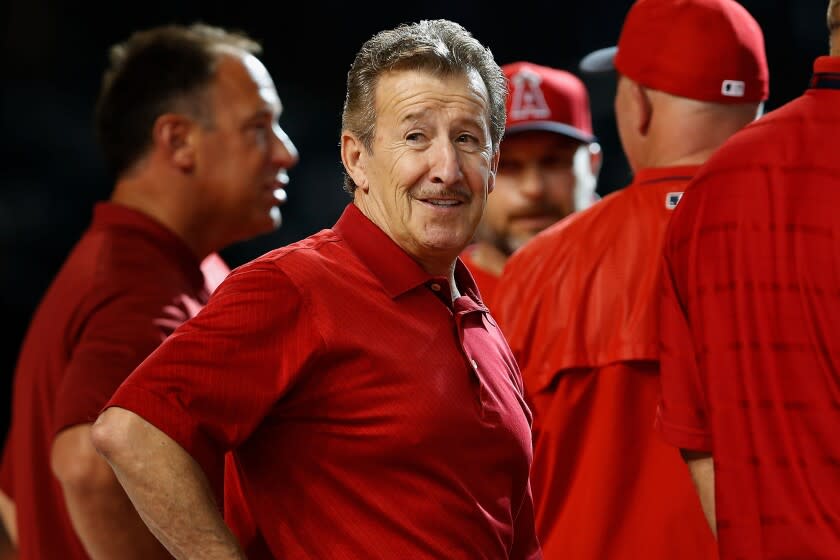 When Arte Moreno bought the Anaheim Angels in 2003, I immediately paid attention.

It was kind of hard not to when the billboard billionaire handed out giant red sombreros emblazoned with the team’s trademark Big A and then donned one at his first press conference.

The massive hat was symbolic in many ways. He celebrated Moreno’s Mexican-American heritage and his status as the first Latino majority owner of a major professional sports franchise. It showed that Moreno was approaching his purchase not as a money man, but as a fan. At the same press conference, he announced his first official move – lowering beer prices at Angel Stadium.

The choice of chapeau was also a promise. On the right head, a sombrero is a beautiful thing, the insignia of the heroes and heroines of Mexican music and cinema. Men and women who understand its history carry its weight with pride and reverence.

On the wrong person, it makes the user look like a jester.

Moreno wore it well at first.

He signed future Hall of Famer Vladimir Guerrero and star Bartolo Colón in 2004, while lowering ticket prices. He was mocked across the country for renaming his Los Angeles team the Angels of Anaheim, but fans mostly forgave him because the Halos turned into something they had never been before – winners.

As an Anaheim native and lifelong Orange Countian who attended several Angels games every year during my teens but never became a genuine fan, I looked to what Moreno was creating with hope. My generation of cousins ​​grew up almost exclusively as Dodgers fans because we never saw each other in the Angels. It wasn’t necessarily a Latin thing. For us, the Dodgers were a successful model from the broadcast cabin to the field. Angels weren’t, and who wants to associate with losers?

But Moreno had a personal story from hell — a Mexican kid from the Tucson neighborhood who bought a professional sports franchise, won over some of the game’s biggest stars (who just so happened to be Latino), and was successful in the national pastime. He offered something you rarely see in sports owners: inspiration. And if a Mexican could find respect in a notoriously racist place like Orange County, maybe my homeland could improve.

I started going to the stadium again as an adult and started rooting for the team. Moreno was a constant presence in the stands, roaming around like former New York Mayor Ed Koch as he asked fans if he was doing a good job. The Dodgers were spending their years in the desert under owner Frank McCourt. There was a real chance that the next generation of my cousins ​​could wear red Angels instead of blue Dodgers.

The bad side of the sombrero caught up with him.

There were hints of this turn from the start, when Moreno told my colleague Bill Shaikin that he didn’t feel a responsibility to help Latinos enter his rarefied world.

“I’ve always tried to open doors for anyone – male, female, black, green, brown, whatever,” he said then. “I’m not going to say, ‘I’m here now and we have to segregate ourselves,’ when what we’re trying to do in America opens the door for everyone.”

I also don’t believe in affirmative action based on race. But if you’re not going to step up to people, then you better bring out the best. Instead, Moreno opened the door to duds that, like Cinderella’s pumpkin carriage, made the team a laughing stock.

He ignored baseball scouts and sealed the team with massive contracts for high-priced players who, unsurprisingly, underperformed. When the Halos somehow got lucky with Mike Trout and Shohei Ohtani — baseball’s best and most exciting player, respectively — Moreno suddenly turned cheap and didn’t surround them with a competitive team.

As his team struggled through the pandemic-shortened 2020 season, Moreno appeared with Donald Trump at a Latino Trump luncheon in Phoenix and told the crowd that it was “very necessary” to vote for Trump.

Fortunately, Moreno announced this week that he is exploring selling the Halos after nearly 20 years of ownership.

“Throughout this process,” he said in a press release, “we will continue to manage the franchise in the best interests of our fans, employees, players and business partners.”

This would be the first time in years that Moreno would put all of our best interests first.

He took an incredible shot at being a transformational owner and instead gasped, just as his team famously does. His colorblind wishes have come true: no one thinks of him as a Latino owner anymore. Latinos never embraced him or the Halos. Everyone just thinks of him as a bad owner, period.

Everyone points to 2012 as the beginning of the end. That’s when he signed a 10-year contract with the Cardinal of St. Louis Albert Pujols, at a time when the star’s career was starting to decline. Instead of learning his lesson, Moreno doubled down and continued to sign past players like Josh Hamilton, Tim Lincecum and Anthony Rendon. None worked.

2012 was also when downtown Anaheim burned down after protests against police brutality. The mini-riots exposed the inequalities of the Latin-majority city to the world and showed that a civic leader was desperately needed to step up and offer hope.

That leader could have been Moreno. He never uttered a word. Instead, he began looking for a new stadium under the threat of relocating the Halos, a move that overturned Anaheim’s politics.

In 2013, the City Council passed a deal that would lease parking lots around Angel Stadium to Moreno for a dollar a year, allowing him to keep all revenue from whatever he decided to develop — ostensibly to fund the construction of a new stadium. Citizens’ uproar disrupted the deal, but keeping the Angels in Anaheim became an election year plank on which Republican council members hoisted their sails — and which Moreno cynically blew hot air.

In 2019, a new board agreed to sell Angel Stadium and its surrounding parking lots to a company owned by Moreno for a measly $150 million in cash and promises from Moreno to build affordable housing and a park. The business was as shady as California Atty. General Rob Bonta fined Anaheim $96 million earlier this year for violating the state’s public land use law, while an Orange County jury report criticized the council for “betraying[ing] its constituents”.

As a fitting coda, the FBI earlier this summer announced a massive investigation alleging that a “cabal” secretly ruled Anaheim and used its influence to get the city council to rush the sale of Angel Stadium. This has already led to the resignation of Mayor Harry Sidhu, who an FBI statement alleges passed secret information to the Angels and approached an unnamed staff executive for an illegal $1 million campaign donation. The board subsequently voted to void the Angel Stadium deal. True to form, Moreno’s company initially pressed the sale before he experienced a rare moment of common sense and backed off.

Have a nice trip, Arte Moreno. You could have been someone in a region that badly needed it. Instead, you leave my beloved Anaheim a political wreck and the Angels a joke. May you wear your sombrero of shame on your way out of here. 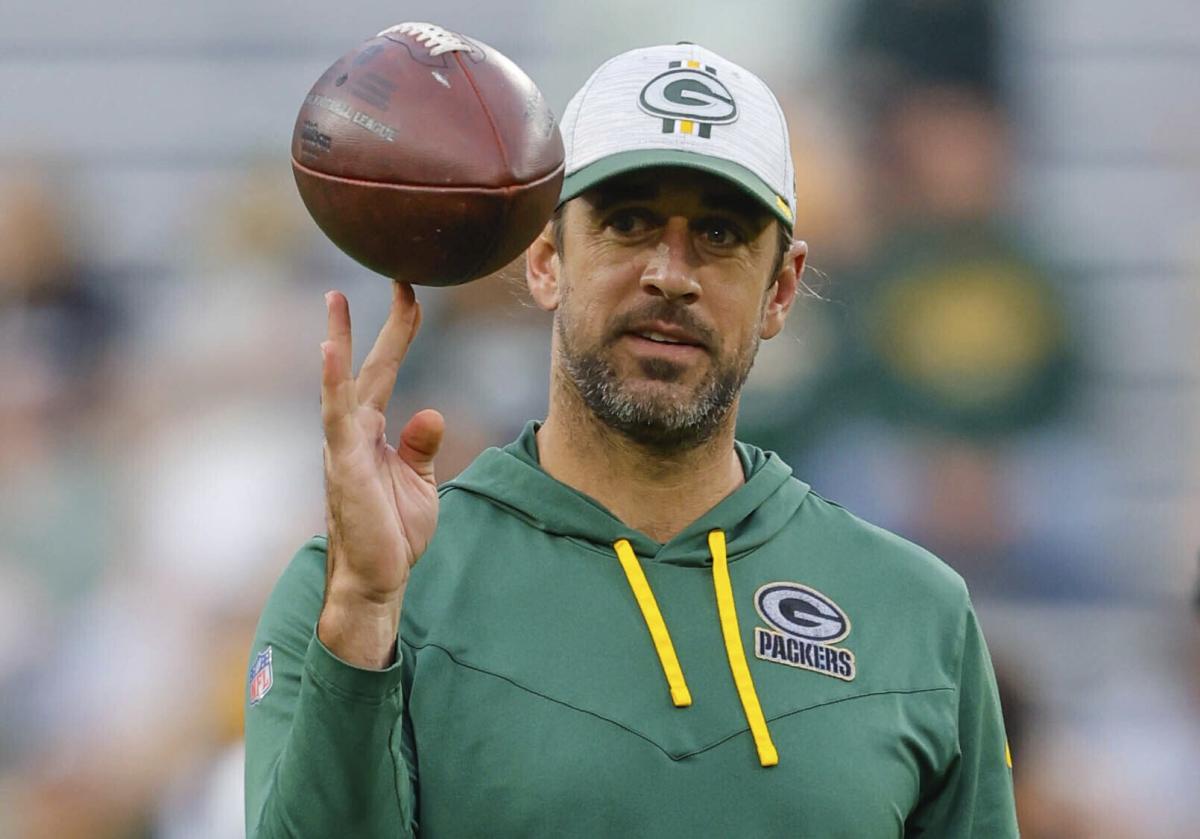 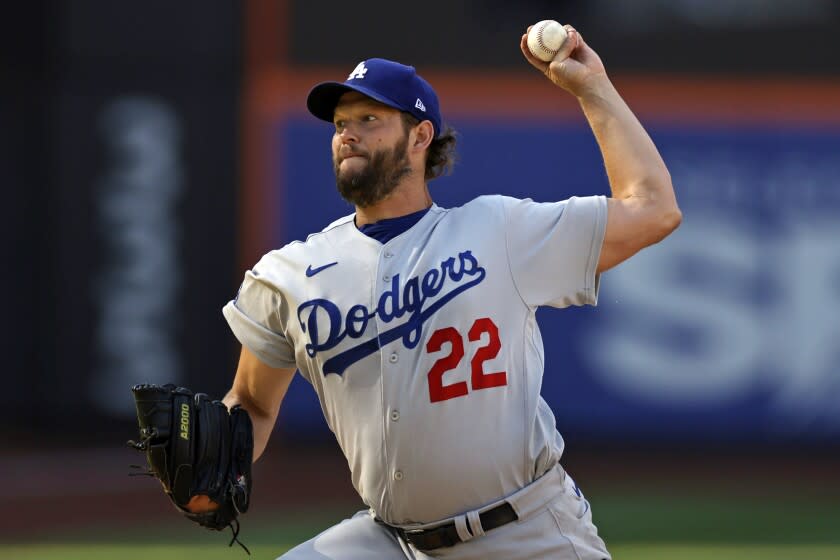 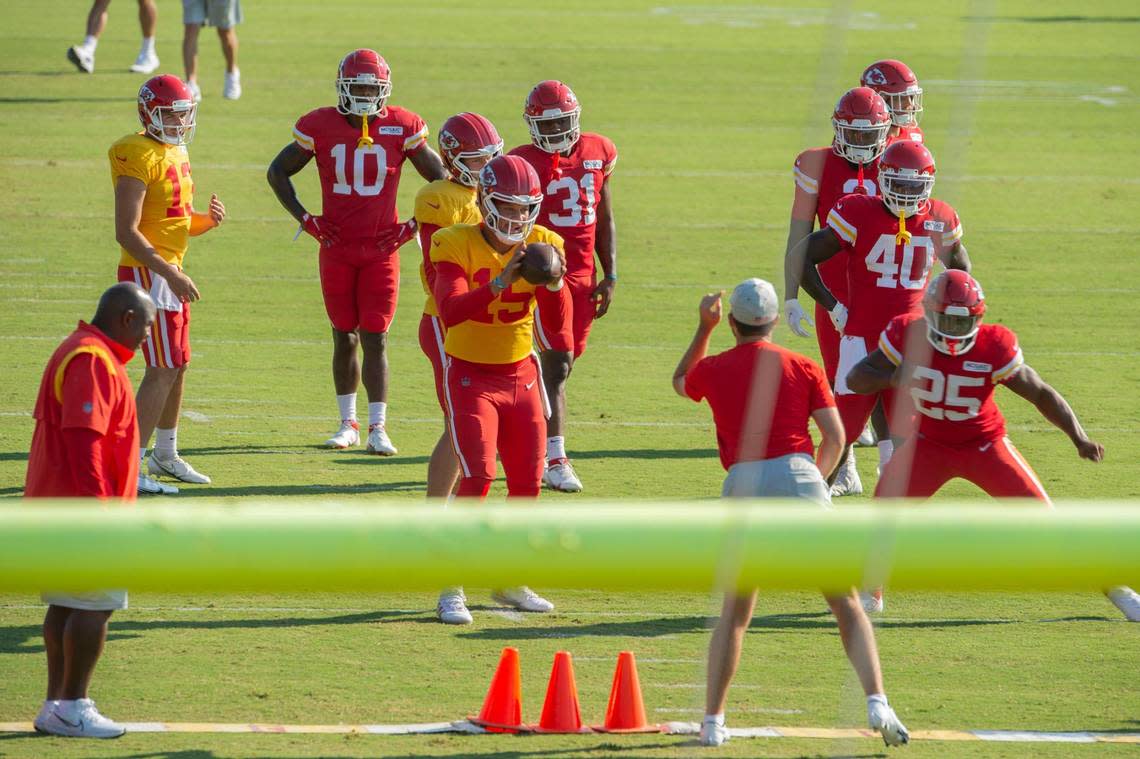 Who will make the Kansas City Chiefs shortlist? Here’s our projection for the 53-year-old